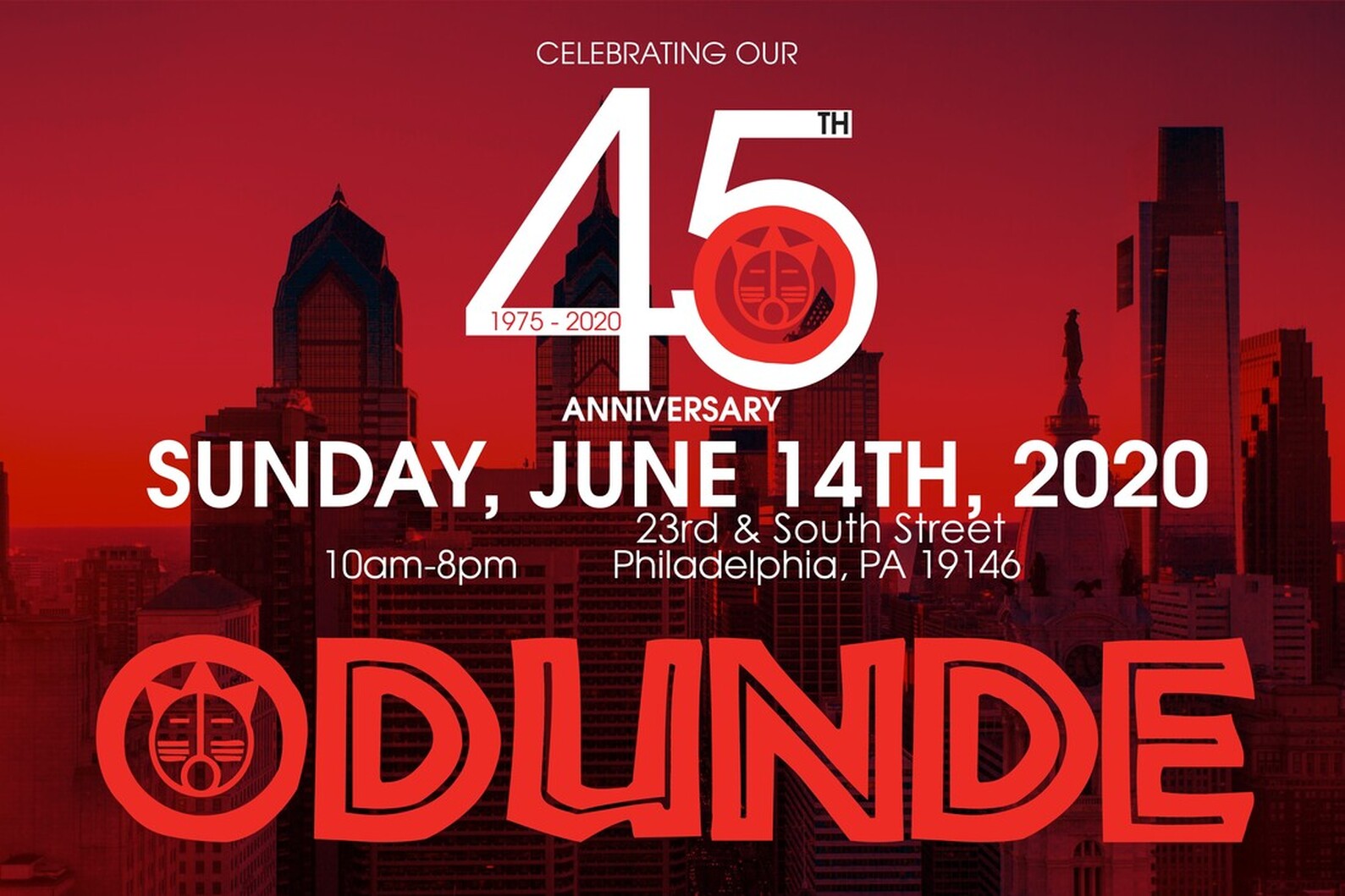 ​ ODUNDE was created in 1975 by Lois Fernandez. The festival attracts UP TO 500,000 people annually and is the largest African American street  festival held in the country. The ODUNDE festival, whose concept originates from the Yoruba people of Nigeria, West Africa, celebrates the coming of another year for  African Americans and Africanized people around the world. It is an occasion highlighted by a colorful procession from  23rd and South Street to the Schuylkill River where an offering of  fruit and flowers is made to Oshun, the Yoruba goddess of the river. ODUNDE is also known for its authentic African marketplace featuring vendors from around the world selling merchandise from African nations, the Caribbean and Brazil.

Each year, on the second Sunday  in June, ODUNDE takes place covering 15 city blocks and has 2 stages of live entertainment.  ODUNDE will be celebrating its 45TH year in the  traditional South Philadelphia location near 23rd and South street. The festival started in 1975 with a $100.00 grant and neighbors from Fernandez's South Philadelphia community. Since then the ODUNDE Festival has become a national model for cultural street festivals in the country.  The eclectic mix of vendors, entertainment, music, food, jewelry and African art  attracts people from around the WORLD.  ODUNDE IS FOR EVERYONE, WE LOOK FORWARD TO SEEING YOU AND YOUR FAMILY THIS YEAR!!!